From packets2photons
Jump to navigation Jump to search

This guide is an abbreviated set of notes on how I might test TCP congestion control. I typically would use a Raspberry Pi network on my desk, for more synthetic tests as well as a Cloud provider such as Amazon EC2 or Digital Ocean for some more real-world tests.

To work out what TCP algorithm is currently in use on your Linux system, you can do a:

To check what TCP variants your current system supports, run the following:

To change the Linux TCP congestion control algorithm to one of those listed, run the following command, note that I am using tee to prevent having to become root:

If you wanted to make the change permanent, and persist past a reboot then you should add the following line to /etc/sysctl.conf:

As above, I was interested in the performance of BBR in comparison with Cubic and Reno. To do this, I have run synthetic tests in a raspberry Pi network shown below.

Each Raspberry Pi has 2 Ethernet network adaptors so I have a basic string topology shown below. 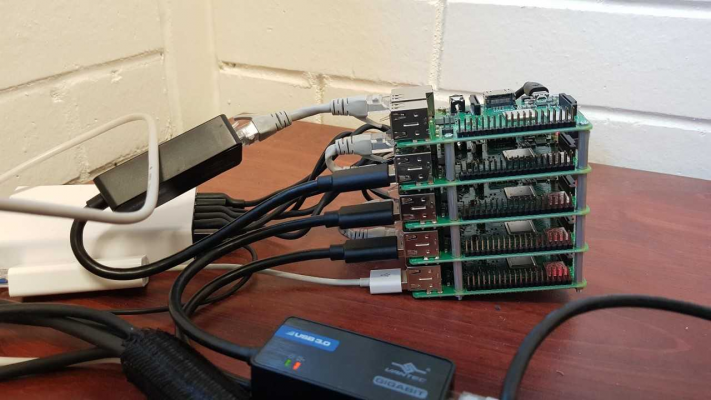 To emulate latency I use NetEm, a lot more documentation is found here, but a sample command to emulate 300 ms of latency on the central node is below:

For these tests created a 10MB file in RAM, to prevent and access times from getting in the way, then linked to it from my www directory, which Apache serves files from.

Then linked to this from the webserver:

Make sure anything you create is owned by www-data:

This downloads the file to /dev/null and removes any interaction from local media from interfering with the network results.